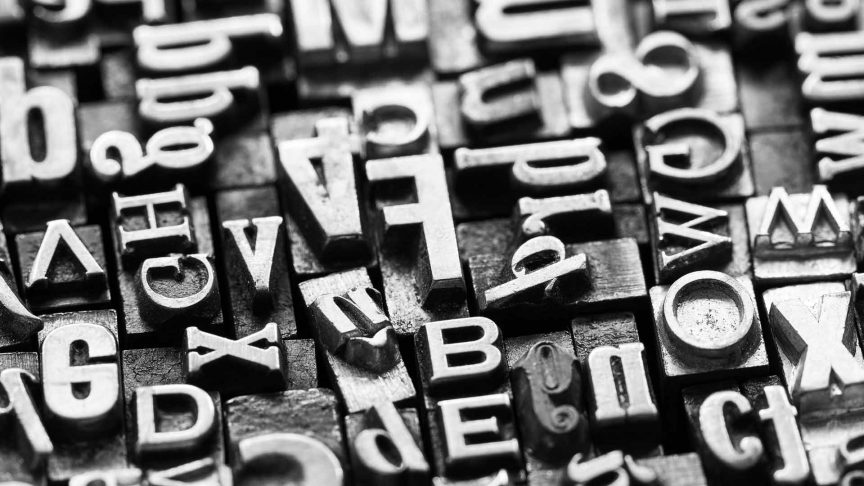 Everyone’s software menu says 'fonts,' but designers like to talk about 'typefaces.' What’s going on here? Is there a difference?

Once upon a time, 11-point Helvetica Neue Bold was considered a different font than 14-point Helvetica Neue Bold. Each font was a set of metal letterforms cast in a specific style (e.g., Bold) at a specific size. But when today's designers talk about fonts they are typically referring to the different weights and styles like bold, bold-italic, light, light-italic, and so on. And truth be told; there are many skilled and successful designers working today that don’t know the difference. When in doubt, ask your designer what on earth they are talking about. 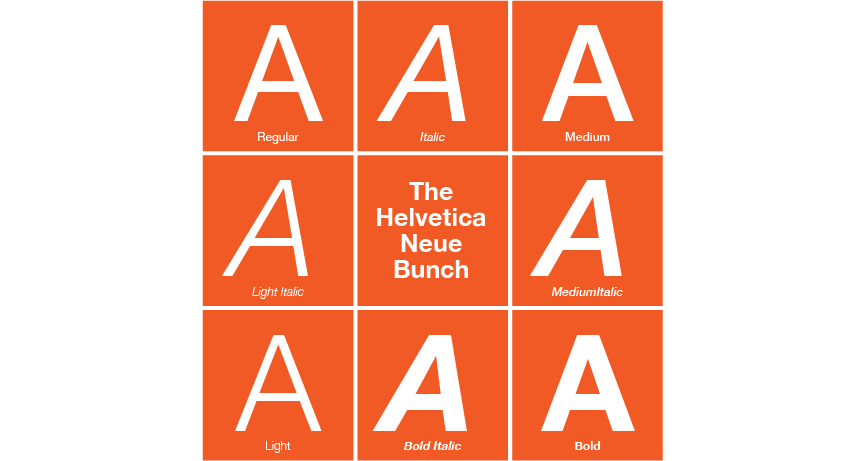 Does it really matter what typeface I use?

Adam: It may not matter at all to you, but it usually will to your audience—the ones reading your text. Different typefaces can bring different style and attitude to the piece. They can make something read loud or quiet, bold or gentle, serious or silly. This character colors the way we read a line of text. We, as designers, aren't immune to this effect. And no matter how much you don't care about typeface selection, you're likely not immune either.

What is 'leading?' And is it pronounced 'leeding' or 'ledding?'

Adam: In typography, leading is another term that has been rolled over from the days of metal type set by hand. Printers used to have workshops full of cases of cast metal type—in particular, lead. When designers (called typesetters at the time) were composing lines of type to be printed, the space between lines was determined by how many thin lead bars they slipped between lines. Cue that epiphany; it’s pronounced led.

Today, we still use the term leading to refer to this space between lines. Your software will probably calculate the leading value for you. But if not, a good starting point is 120% of the type size. If your word is set at 10-point, your leading should be comfortable at 12-point. If it still feels cramped, bump it by another 20% to 14-point leading.

Similarly, what is 'tracking?'

Adam: In typography, tracking and kerning are often used interchangeably. But they are, in fact, different. Let’s look at tracking first:

Tracking means adjusting the space between all letters in a line or block of text. This is done to change the visual density of that line or block of text. Imagine building a picket fence. You want your series of pickets to be spaced evenly. You can space them with narrow gaps or wide gaps, but you’d adjust spacing consistently, across the full row of pickets. If you leave one gap too wide, it will look wrong...and your Chihuahua might escape.

Kerning is similar; it also refers to the adjustment of space between letters. But kerning happens in individual cases. In the word AWESOME, you have an A next to a W. Those diagonals can be hard to space, and may require manual adjustment to optically match the other gaps in your word.

Typesetters also used to track and kern by hand. With—you guessed it—still more lead. Talk about tedious. And if it looked wrong on paper, they had to go back in and reset the line. Oof.

When a designer says ‘serif’ and ‘sans-serif,’ WTF are they talking about?

Adam: First, let’s talk about what a serif is. Serifs are those little fiddly bits at the ends of a letterform’s lines. They often make a letter feel more traditional. These can feel calligraphic, they can be geometric, and they can vary greatly in size, shape, and style. If a typeface has them—the serifs—it is a serif typeface. If a letter is without serifs (sans, in French), it is a sans-serif typeface.

What are serifs for? There are differing opinions on their origin and true intended purpose, but they’ve been around since the Greeks were carving letters into stone, and have been used in printing since 1465.

What do serifs do? Some believe that serifs make reading easier, but the science is not conclusive. Some believe sans-serif typefaces are easier to read on a digital device, but that science, too, is inconclusive. We choose a typeface when its character will help communicate a client’s message and attitude.

Adam: Every typeface has its use, even one as universally ridiculed as Comic Sans. It is all about setting, audience, and use. It was very overused as the one casual typeface included in everyone's software. Today it has become a punchline for designers. Another overused typeface is Papyrus, often placed in the same category as Comic Sans—if it's organic or spiritual, of course it uses Papyrus.

However...while we have poked fun at the use of Comic Sans and Papyrus, it can be found used in a setting where it fits perfectly. That designer clearly knew what they were doing.

Why do you care? If your logo uses a design punchline of a typeface or simply one that is ubiquitous in your industry, it won't help your business look unique and fresh.